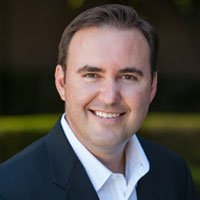 TUSTIN, CALIF. (March 11, 2013) – Coreland Companies’ is pleased to announce that Director of Retail Brokerage Matt Hammond has been named a 2012 CoStar Power Broker by CoStar Group, Inc. The annual award highlights the achievements of individual brokers who closed the highest transaction volumes in commercial property leases in 2012 in their respective markets. Hammond has earned the recognition in Orange County six of the last seven years.

“We are proud of Matt’s accomplishments and the value he consistently generates for his clients,” said Coreland’s Senior Vice President of Brokerage Steven Hogberg. “Matt leads an outstanding retail brokerage team that continues to expand its presence throughout the retail marketplace.”

Hammond, a 16-year veteran who specializes in retail brokerage, qualified as one of the top commercial brokers in Orange County based on the total leasing transactions he closed during the year. In order to be selected for this honor, Hammond was evaluated against other commercial real estate brokers active in the region by CoStar Group, and subsequently ranked among the top brokers in the market.

“CoStar is proud to honor the firms and brokers who perform at the industry’s highest level each year,” said CoStar Group CEO Andrew C. Florance. “These industry leaders deserve to be recognized for their hard work, expertise and superior deal-making abilities.”

The complete list of 2012 CoStar Power Broker Awards winners can be found at www.CoStarPowerBrokers.com.