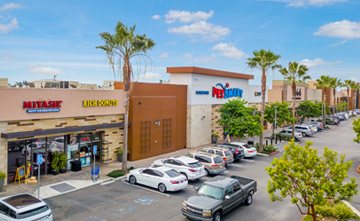 It has officially arrived—the final language on the split-roll tax ballot measure that has been expected and dreaded among California property owners. Prop 15, as it has been called, would remove the property tax limitation protections promised by Prop 13 for commercial properties, effectively splitting the tax roll. The prop was expected, but an official ballot number and clarity give more information about the measure.

“A passing of Proposition 15 would eliminate Proposition 13 protection from apartments, office, industrial and retail properties,” Vicky Hammond, a principal at Coreland Cos., tells GlobeSt.com. “It would ‘split’ commercial and residential tax policies, requiring reassessment of all commercial properties at current market value every three years. Currently, property tax rates are established at 1% of purchase price when sold and restricted to no more than 2% annually thereafter.”

In addition, the final ballot measure came with a few new positions. It adds a tax to commercial and industrial properties used for education and includes a local government funding initiative. “Most notably, the burden of proof, which was initially in the hands of the assessor, has been reversed,” says Hammond. “Now the burden will be in the hands of the property owner, making it incredibly difficult to challenge an unfair assessment. To prevent being taxed at a higher value, the owner would have to prove that its property has not increased in value.”

If passed, Prop 15 will more than double the current property tax collections, with that bill entirely falling on commercial property owners—residential property owners will still see limitations on property taxes. “The repercussions will be significant for property owners, small businesses, and consumers,” says Hammond. “More than 75% of all small businesses lease commercial space and will be directly impacted by this reassessment as a pass-through expense per their lease terms. No hair salon, veterinarian, grocer, or sandwich shop will be able to bear the burden of the perpetual increase, especially not today when most are trying to stay afloat. It will trickle down significantly, increasing the cost of everything we buy.”

For the compete article, go to GlobeSt.com.