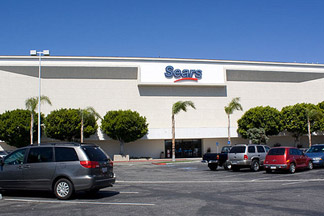 Sears is deconstructing parts of its real estate portfolio in ways that could make a profound impact on the U.S. retail landscape. Sears Holdings Corp., formed from a merger with Kmart a decade ago that consolidated some 3,500 stores across the two banners, operates fewer than half that many stores today, following a few waves of closures. Chairman, CEO and controlling shareholder Edward S. Lampert says the company is cashing in part of its real estate treasure trove as a means of helping support the remaining stores. And he dismisses critics who say the move is too little, too late.

Industry experts are mulling over the value of the remaining properties and their potential reuses. “Sears real estate is a valuable asset, with tremendous potential for the right tenant in the right location,” said Matt Hammond, director of retail brokerage at Tustin, Calif.–based Coreland Cos. But, he cautions, “only 25 percent of Sears locations are in ‘A’ markets.”

The company, which closed roughly 200 Sears and Kmart stores last year, is also adjusting store sizes. In a December letter to Sears employees, Lampert called the company’s remaining properties “a flexible real estate portfolio which gives us time to try to turn around underperforming locations without the potential burden of long-term losses that would otherwise prevent us from taking these risks.”

Whole Foods has helped Sears downsize by subleasing roughly 40,000-square-foot portions of three stores. Sears also struck a deal with Forever 21 for 43,000 square feet of its store at South Coast Plaza, in Costa Mesa, Calif. In strong markets like Southern California, Sears holds a strong position. In fact, several deals Hammond tried to forge with the retailer there cratered “because Sears didn’t want to give up a space when they’re paying incredibly low rents on long-term leases,” he said. One high-profile grocery chain was willing to pay market rent to sublease a Southern California location, but Sears declined, choosing instead to continue paying rent that is one-third the market average, notes Hammond. Sears has also been reluctant to offer the tenant-improvement dollars that today’s more viable replacement tenants, such as gyms and health care users, would need to make deals work, he says.

Malls that have managed to pry prime leases out of Sears’ hands anticipate significant upside. Sears sold its stake in the former Laguna Hills Mall in 2014 to Merlone Geier Partners, which had bought the other portion of the 40-year-old mall from Simon the previous year for renovation. The department store’s leasehold was tying up 15 acres of the 68-acre property, and when Merlone Geier finally nabbed that, it shifted gears to build what project manager Jeremy Meredith calls a “promenade-style urban village.”Nordstrom, too, has emerged as a player in the Sears scramble, taking over a couple of empty Sears stores including a unit at Toronto’s Eaton Centre.

But carving up Sears stores into smaller spaces can present a challenge, given their two-story heights and 130,000 square-foot expanses, says Hammond. Some have already been effectively subdivided to accommodate the trio of Dick’s Sporting Goods, Forever 21 and Nordstrom Rack. “The key is to be able to repurpose the spaces in a strategic manner,” Hammond said. By contrast, the retailer’s portfolio of former Sears Auto Center shops, which typically measure about 11,000 square feet, is being marketed as dividable into 2,000-to-5,000-square-foot spaces, he says.

Alan Shaw, Sears Holdings’ vice president of real estate, development and leasing, says there is still demand across the portfolio for ‘B’ and ‘C’ mall spaces, including Whole Foods and Kroger, and for its ‘B’ and ‘C’ shopping plaza sites, which are primarily Kmart sites, for such tenants as Aldi, HomeGoods,Sports Authority and Ulta.

Faced with declining sales and a cash crunch, Sears sold its 51 percent stake in Sears Canada to the shareholders, spun off Lands’ End and Sears Hometown & Outlet Stores and other holdings, and accepted a $400 million loan from Lampert himself through his hedge fund. Lampert says he is looking at selling about 300 stores to a REIT, with Sears Holdings then retenanting them.

Analysts say it is unlikely that Sears will fold up soon and dump all its real estate, an act that would depress the market — Sears’ property still represents about 2 percent of total U.S. retail space. While the average strip-center vacancy rate at year-end 2014 was 10.2 percent, the lowest since 2008, the mall vacancy rate edged up to 8 percent in the fourth quarter of 2014, from 7.9 percent in the third quarter, attributable mainly to Sears and Kmart closures, according to real estate research firm Reis.