The experience of being in a retail environment should be an emotional one — not simply a sterile prelude to a clinical transaction. The store, and the experience of shopping, should make an impact on you. 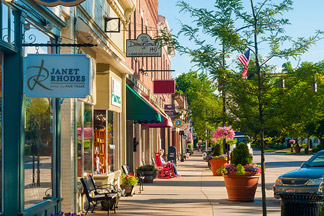 For anyone in the industry, it’s impossible to avoid the topic of online sales and the “dramatic” impact of the internet on traditional brick-and-mortar retail. Many retailers are clearly worried, and others are uncertain about how they should respond to the growth of online retail. That combination of concern and confusion has led to some questionable decision making about how and where to allocate resources.

The mainstream media does its part to perpetuate the notion of the online behemoth, with attention-getting headlines and a persistent media narrative that reinforces the internet is taking over mentality. Every time a brand closes stores or cuts jobs, and every time a company announces weaker-than-anticipated sales numbers, the impact of online competition is not only cited, it is more than often blamed.

But rhetoric is not reality. Conventional wisdom is often wrong. The U.S. Department of Commerce reported that “e-commerce sales in the third quarter of 2016 accounted for 8.4 percent of total sales,” a number that is consistent with the approximately 8 percent figure that ICSC and other organizations have reported in recent years. While that number isn’t stagnant, the growth of online sales as a percentage of overall retail sales has slowed significantly in the last two or three years.

To look at it another way, the annual sales of just three Costco stores here in Columbus, Ohio, are approximately equivalent to the sales numbers that online giant Amazon is able to generate in the same MSA.

So if the internet is not the Big Bad Wolf, why are numbers down for so many brick-and-mortar retailers? The famous FDR quote that “the only thing we have to fear is fear itself” applies here: it may be that it isn’t the direct impact of online retail, but the fear of virtual competition that is causing brick-and-mortar brands to flounder.