RETAILDIVE: Why most shoppers still choose brick-and-mortar stores over e-commerce

The following is the first installment in Retail Dive’s Consumer Survey, a six-part series examining the psyche of the American consumer and the evolving role of the brick-and-mortar store in the shopping journey. 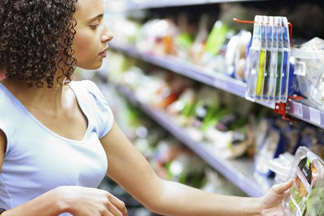 Everyone knows online shopping has never been easier or more accessible. But despite the surge in e-commerce capabilities, mobile applications and other technology advancements — including voice-activated shopping and the proliferation of Amazon Dash buttons — the majority of American consumers still want the tactile experiences offered by physical stores.

The ability to see, touch and feel products as well as take items home immediately rank highest among the reasons consumers choose to shop in stores versus online, according to Retail Dive’s Consumer Survey. For the first question in a six-part series looking at consumer shopping habits, we surveyed 1,425 U.S. consumers via Google Surveys about the reasons why they choose to shop in stores over online.

By a fairly wide margin, the primary motivation for shopping in stores is to see and try out products before purchasing. However, some notable differences exist among shoppers, depending on their gender, age and location.

In particular, female shoppers overwhelmingly want to see, touch and feel products before buying them. Males, on the other hand, skew more toward the immediate satisfaction of taking items home with them.

Shoppers at both ends of the age spectrum — younger and older generations — want to see or try products out in stores more than their middle-aged counterparts. Young shoppers clearly convey an “I want it now” mentality versus older cohorts.

But while physical stores still hold primacy in the American shopping experience, 7% of respondents say online is the only way they shop — a trend expected to grow in the coming years.