Restaurant Tenants Dominate, But Not Settling

The market continues to be flush with activity from restaurant, entertainment and service tenants. Today, landlords are leveraging popular restaurants, entertainment uses and health/fitness providers as shopping center anchors, rather than traditional boxes.

As a result, the QSR or “Fast Casual” segment is growing at a rapid pace. According to Technomic’s recently released 2014 Top 500 Chain Restaurants report, the segment grew sales by 11 percent in 2013. The largest fast casual concepts — Panera, Chipotle and Panda Express — each generating strong sales gains of 12, 17 and 11 percent, respectively. 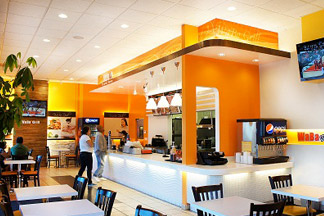 Concepts such as WaBa Grill, a healthy quick-service teriyaki restaurant, have benefitted from the growth in this category. WaBa is expanding across Southern California through several franchisees. Another example is Twisted Noodle, a North Carolina-based Asian Fusion Restaurant which recently opened its first Southern California location in Irvine and is looking for additional sites. Franchisees of both tenants are represented by Kim. 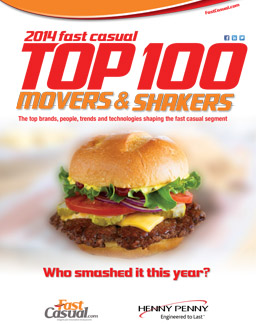 With new restaurant concepts consistently being introduced, FastCasual.com sought public input to compile its recently-released 2014 Fast Casual Top 100 Movers & Shakers. In its ninth year, the list sorted through 900-plus nominations to rank the segment’s Top 50 concepts, as well as top menu trends, top technologies and top influential people in the industry.

However, with nearly 1,000 fast casual concepts all vying to break through, shouldn’t every shopping center with vacancies be over-flowing with LOIs?

“Today’s most active tenants are often competing for the same spaces, and there are simply not enough available sites in Southern California to accommodate demand,” shares Kim. “We have numerous well-positioned, highly-trafficked centers… but everyone wants the best sites, and all of the ‘A’ sites have been leased up over the last two years.

“The lack of new projects being developed over the past few years has left most of the industry, especially the active tenants, eagerly anticipating new opportunities.”

However, 2015 is expected to be a big year in terms of project deliveries.

Coreland Companies’ Ben Terry, senior associate of retail brokerage, is tasked with the lease up of the Montclair Shoppes and Shops at University Park development. “Restaurants are a very important part of our leasing strategy,” says Terry. “They are the core of today’s daily needs shopping centers, and we have to be very focused on bringing together the right mix of tenants that will allow new and existing shopping centers to thrive in the coming years.”

Side Note – Has anything changed in 27 years? Check out the The Boca Raton News circa October 1987: Restaurants Dominate Shopping Center Rolls