The troubled big-box book chain terminated CEO Demos Parneros according to a July 3 company press release and industry experts, including Coreland’s Ben Terry, say the company may face a long road ahead on the way back to health.

Below are excerpts. For the complete story, go to National Real Estate Investor for the July 6, 2018 story by Liz Wolfe. 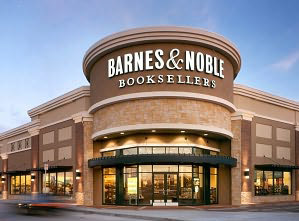 Is a turnaround possible?

Industry experts say the company may face a long road ahead on the way back to health.

Saunders says against this backdrop, it’s inevitable that more stores will close. Some are in locations that no longer work economically.

“In a sense, Barnes & Noble needs to slim down in order to survive,” Saunders says. “But slimming down is not just about stores; in my view, the company should also ditch its Nook division, which has been damaging to profits.” (Barnes & Noble released the Nook e-reader to compete with Amazon’s Kindle).

Terry says downsizing stores puts the retailer on the right track, and increasing its omni-channel capabilities is critical, “if they can get their online sales up and figure out a better delivery system”

“Barnes & Noble really has an opportunity to redevelop themselves,” he adds.

What if they do end up bankrupt?

Saunders says Barnes & Noble has large units, and it would be hard for landlords to find new tenants of that size, especially ones that were similar to Barnes & Noble in terms of product mix.

From a re-leasing standpoint, many stores are spread over two levels, so “it’s not like a simple Toys ‘R’ Us box where you can reposition it,” Terry says. “You have a second story, so there’s a little bit of a challenge there. Do you convert it to office? Do you do retail on the bottom floor? The second floor could be entertainment or maybe a gym.”