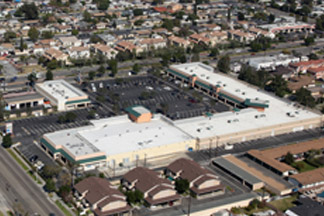 TUSTIN, CA-Landlords with vacant retail space are seeing the benefits of having medical tenants in their shopping centers. The trend, called “medi-retail,” is catching on all over the country, but is especially strong in Orange County, Matt Hammond, director of retail brokerage for Coreland Cos., tells GlobeSt.com.

The brokerage division of Coreland Cos. recently negotiated leases with Fresenius Medical Care and a dental practice at Anaheim West Plaza in Anaheim as well as a dental practice at Hamilton Center in Huntington Beach. Fresenius, a major provider of kidney dialysis services, signed a 10-year deal for 12,063 square feet at Anaheim West and expects to open by the end of the year. The medical tenant will occupy shop space that had been vacant for more than five years. Hammond represented the landlord, Metro Properties, while Garret Ellis of CBRE represented the tenant.

Coreland had also negotiated a 10-year lease deal for St. Joseph Heritage Urgent Care at Harbor Village Shopping Center in Garden Grove in September 2012. The tenant is celebrating its grand opening in the 5,500-square-foot space, replacing a vacant former Blockbuster.

“Medical tenants have become a very viable option for landlords, providing stable, long-term tenants that can complement a tenant mix,” said Hammond in a prepared statement. “We have found that class-B centers are an ideal fit for medical tenants, offering great opportunities within quality, well-positioned retail centers.”

Hammond pointed out that medical-tenant deals, like all commercial real estate deals, come with benefits and drawbacks. “Owners typically have to agree to a significant T.I. allowance, and build-outs may take up to a year, which is typically not the case when negotiating with local retailers. However, these are stable tenants with an established customer base and a high probability of renewing.”

Hammond tells GlobeSt.com, “Most retailers can be open within 90 days, but some of these medical deals can take upwards of six to nine months to open because they need use permits from the city and their build out is so much more intense. Landlords have to do more free rent until they ramp up, and some of my smaller landlords are not as macro thinking and don’t like that they’re not getting a tenant for 10 months. However, once the pain of that money and the time is over, they pay their rent like clockwork and will be there for the long term.”

Another drawback is that medical tenants tend to lock up at 5:00 p.m., which doesn’t generate traffic in a retail center that caters to younger demographics who like the night life. For most community retail centers in Orange County, this is not the case, but landlords and medical tenants have to consider the customer base and whether medical tenants would positively impact the tenant mix.

Hammond says there are two reasons why medi-retail has become more popular of late. First, with the aging population, tenants realize they’re more successful when they’re out “in the street” because of the visibility and convenience for older patients. Dentists, primary care physicians and specialists “like the visibility and the marketing of a retail setting. Patients go with what’s convenient, and they’d rather go to a dentist in a Ralphs center than in a medical-office building. Tenants get a lot of value out of being in a retail center.”

Second, because of the economy, landlords are seeing the benefits of replacing retail tenants with medical ones. Medical tenants tend to invest $2 to $3 for every dollar the landlord invests in the space, so they go with longer leases and are more likely to stay in that space than a typical retail tenant, Hammond says. And, since many medical tenants are employed by hospitals and health systems, landlords “know they’re getting a pretty good credit tenant who’s likely to be there for 10 or 20 years. Local retailers may be out in three to five years, but once these groups are in, they’re not going anywhere.”

As GlobeSt.com reported in May, Coreland Cos. helped Imperial Promenade, a 50,000-square-foot shopping center here, become 100% leased after an infrastructure change in 2008 prompted many tenants to leave. Owners DeBeikes Investment Co. and Warmington Properties enacted a proactive strategy to re-tenant the once 30%-vacant retail center—and it worked.