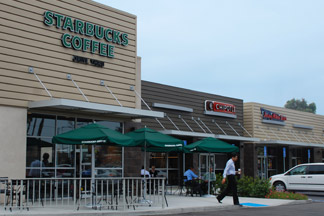 Originally a hog ranch dating to the early 1930s, the property was the childhood residence of the property owner, Charlie Lyons, who eventually converted the former ranch to retail in the 1950s.

“With approximately 1 million square feet of office and industrial space in the immediate area, we identified the opportunity to capitalize with a variety of quick-serve restaurants, rather than one large tenant,” said Hammond. “The redevelopment and consequential signings further compliment the overall revitalization that has taken place at the Valley View and Orangethorpe intersection.”

Chipotle and Jersey Mike’s are currently under construction and are expected to open this Spring.