Prop 15, also commonly known as the split roll tax, is officially coming to the California ballot in November, and it is the latest initiative causing a frenzy in the commercial real estate industry. Prop 15 would roll back certain elements of Prop 13, California’s landmark property tax provision that limits property tax increases for all real estate assets, both residential and commercial. Prop 15 would open tax increases for commercial assets, including office, industrial and retail, and these assets would be taxed at market value. The ballot measure has the potential to dramatically increase taxes for commercial owners, according to a new report from Marcus & Millichap. 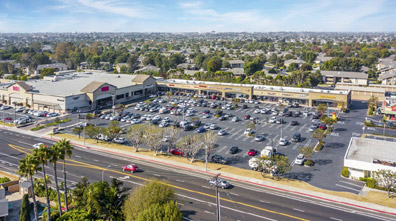 In fact, the report says that the initiative is the largest proposed tax increase in California history. Proceeds from the new tax structure could range from $8 billion to $12 billion with funds distributed to local communities, according to the Marcus & Millichap report. Properties with long-term ownership face the greatest potential increase in taxes. For example, properties that have had the same ownership for 20 years could potential face double the tax obligation…

…The industry has followed the split-roll tax initiative for years now, as it has moved through the approval phases to make it to the ballot measure. During that time, many industry experts have spoken publicly against the initiative and the potential consequences for both business owners and property owners. In an interview on the measure, Vicky Hammond, a principal at Coreland Cos., said that 75% of small business owners will be directly impacted by the reassessment. This includes hair salons, veterinarians, grocers and sandwich shops. In addition, she estimates that the measure will double the current property tax roll in the state, with the increased revenue coming entirely from the commercial sector, since residential and apartment properties are exempt.

With significant opposition to the measure, Hammond says that there is a strong possibility the measure could fail, if a proper marketing and educational campaign are executed. As she says, the measure would have a negative impact on California’s economy for all.

For the compete article, go to GlobeSt.com.