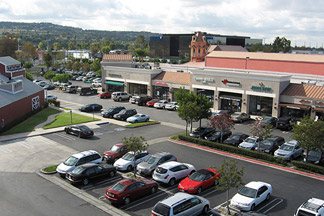 TUSTIN, CA (May 15, 2013) – With the recent signing of Shabu Shabu for 1,439-square feet, Coreland Companies announced that Imperial Promenade, a 50,000-square-foot shopping center in Anaheim, Calif., is 100-percent leased. The property, owned by a partnership between DeBeikes Investment Company and Warmington Properties, underwent a complete transformation in just over two years.

Shabu Shabu, a regional Japanese hot pot restaurant, signed a 10-year lease to represent the property’s final transaction. A total of 11 transactions were completed since 2011 for a combined total over $2.5 million in lease value. New tenants include Pure Barre, Nekter Juice Bar, Fine Wine & Spirits, Fuji Grill, Anaheim Bike Shop and Curry Out, among others.

“We launched a complete repositioning and re-tenanting effort in late 2010, and kicked it off with the hiring of the Coreland Companies’ leasing team,” said Brittany DeBeikes, Director of Acquisitions and Investments for DeBeikes Investment Company. “Our goal was to improve the facade of the center, attract quality high-end tenants, and rebrand this destination lifestyle center to serve the needs of the Anaheim Hills community. Coreland Companies’ far exceeded our expectations in identifying synergistic tenants at market-leading rates.”

Imperial Promenade was a well-positioned shopping center along Imperial Highway. However, in 2008 Cal-Trans constructed an overpass to re-route traffic along Imperial Highway over an adjacent railroad track. A 30-foot wall was constructed, substantially blocking the visibility of the center. The property quickly began to lose tenants and by late 2010 had reached 30-percent vacancy, a drastic change from previous decades of 95-percent occupancy.

“It was evident to our team that national tenants were not going to consider the property with these challenges,” said Ben Terry, Coreland Companies Senior Associate of Retail Brokerage. “We are very familiar with the area and knew that the strong demographics and very active daytime population would be attractive to quality regional tenants who might be looking for a second or third location.”

One-by-one, the team sought out the best in local flavor – a popular juice bar, the latest fitness trend, and a boutique clothing store. Even a new location for a popular Indian restaurant was signed after the team personally visited a variety of local eateries that expressed interest in the space.

Deals at the shopping center were done for an average of $0.25 per square foot, per month higher than at the competing properties, despite the apparent obstacles and without national tenants.